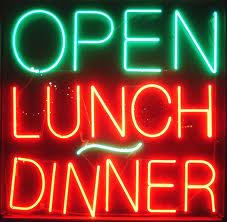 email - This email address is being protected from spambots. You need JavaScript enabled to view it.

Congratulations to the HWC Niners on winning this season's A Division Grand Final defeating the HWC Gold 17 - 8. The Niners got the Final of to a great start by winning the 1st set 6 - 2 and continued the form in the 2nd set winning this 7 - 1 and at the half way stage had a match winning lead of 13 - 3. The HWC Gold showed great fight to win the 3rd set 5 - 3, but the damage had been done early and when the last set began the score was 16 - 8. Jeremy McGuire won the first frame of the last set to give the Niners a well deserved Premiership. It was a great team effort from the Niners with all players preforming on the night, the standout being Nick Verschuur a very worthy winner of the Gary (Tiger) Self MVP award.

On Tuesday night the B Grade Grand Final brought a conclusion to the 2011 season with the Australian Italian Club defeating the Waratah Tigers in the Grand Final 13 - 6. The winner of the Gary "Tiger Self" MVP was the AIC's Ronell Brady. The committee would like to thank the Waratah Tigers for agreeing to play the Grand Final on the Tuesday night instead of the scheduled previous Friday night as the AIC would not have been able to field a team on that night. Great sportsmanship from the Tigers.

The Waggon have won this years C Division Grand Final defeating the Valern Vipers 13 - 6. The Waggon which is a team of all Ladies were always in control starting strongly with a 5 - 1 first set. The Vipers hit back in the 2nd set winning it 4 - 3. The Ladies then hit back winning the 3rd set and Renea Duncombe winning the first frame in the last set to win the Grand Final. The Gary (Tiger) Self MVP was awarded to the very deserving Jane Triffitt.
Special thanks from everyone in the STEBA to
Mike & Julie Pace
Pace Financial Services
for sponsoring the Grand Finals

Go to State 8 Ball Results or follow the link below to see a review of the event.

Over the last two weeks the B Grade Singles Championships have been played on Tuesday nights. We had an outstanding turn out and it is quite obvious that the players are more than happy to play the singles championship on a Tuesday night rather than over a weekend. After all the qualifing matches had been played the final came down to the Waratah Tigers Tony Rosendale and Otto Giusti from the Italian Club with Tony defeating Otto in the final 3 - 2.

This years Southern Tas Open Singles Championship has been played with Jeremy McGuire winning title defeating Sam Thurgood 5 - 2 in the final. This year we had a the best number of entrants for many years with a quality field of 21 players entered. The event went over the two days and the final was played on Sunday afternoon. The top five qualified for the finals these spots were taken by, in order of qualifying Jeremy McGuire, Marc Bingham, Chris Forsyth, Sam Thurgood & Nick Verschuur.

A full and comprehensive wrap of the matches should be available soon on the website, when this is available follow the link that will be posted below to go straight to the games. A special mention goes to the youngest player in the field, Alex Pace who at only 12 finished 10th overall winning over 50 % of his frames, a great effort considering the quality of the players in this years field and he showed he has a very promising future in our sport. The STEBA would like to thank the Hobart Workers Club for the venue & to Chelle Grundy, Andrew Triffitt & Jane Triffitt for all the work they put into making this event a great success.

Jenny Bingham won this years Ladies Singles Championship defeating Dencil McGifford 2 - 1 in the Final. Jenny had a great comp winning thirteen (13) frames & only losing one (1) in the round robin. Dencil defeated Michelle Grundy in the Semi Final to reach the Final.

To see all the results follow this link - Women's Singles Results 2011
Tasmania wins Aust Junior Team Final
Tasmania def Queensland in the Team Final on Friday night in Darwin.
This was a great effort by "Team Tasmania" who now have won this title
twice in the past four years and been runner up in the other two years.
Brodie Stubbs & Cale Barrett both lost their championship finals matches.
Unfortunately for Brodie the final of the Under 12 singles was the only match
he lost all competition, while Cale only lost two matches, the semi final & the
final of the Under 15's, but both boy's can be proud of the effort they put in
at this year's Junior Nationals.
David Smart Memorial Match

A great result for Southern Tas in the Intra Association game against the
Greater Northern Tas rep side.
A Grade - Southern Tas 45 - 19 Greater Northern
Best Player Southern Tas - Chris Forsyth
Results for A Grade Match can be viewed on the by clicking here
B Grade - Southern Tas 21 - 15 Greater Northern
Best Player Southern Tas - Dencil McGifford
The side from Southern Tas proved to strong for the Northerners this year to
regain the trophy they lost last year. The Southerners this year had a very strong
team in A Grade with the majority of players having played for Tasmania at the
National Championships. Chris Forsyth was outstanding for the South taking
his great roster form into this game. Let's hope we get the same response from
players next year when we travel to Launceston to defend the title.
The B Grade team's win was also a great effort by all players as the Northerners
had a strong team & it was good to see some old faces back playing Rep 8 Ball,
outstanding effort from Dencil McGifford on winning all of her 5 frames.
There was also a great roll up of supporters there to watch the games. Overall a
great day and a great result. Lets hope this day will help see a resurgence in
Rep games, they have been sadly missed.